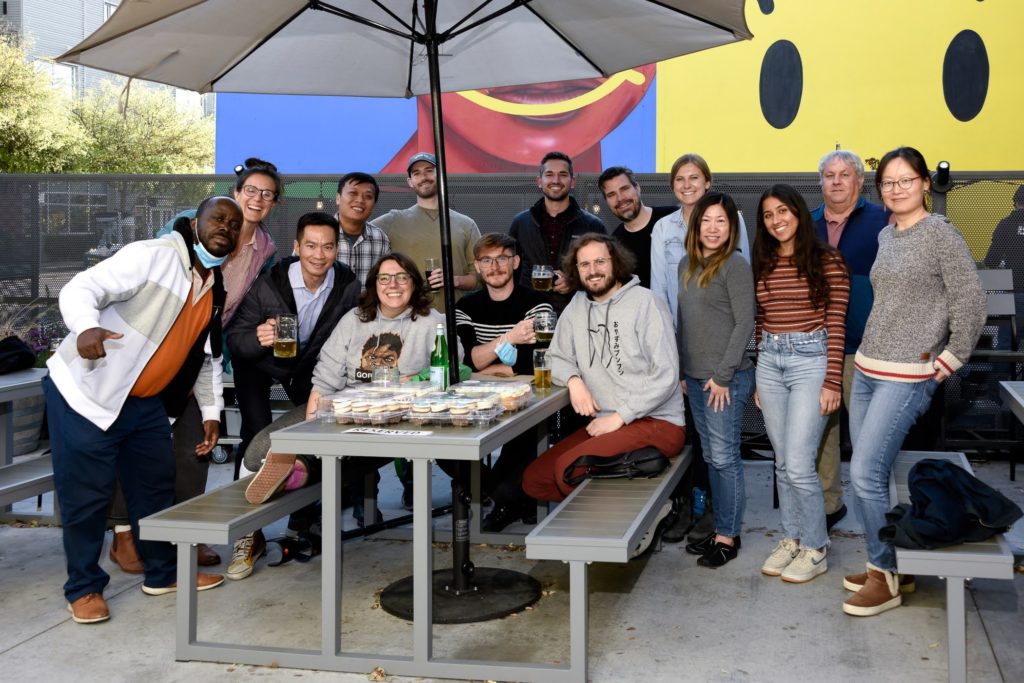 Finless Is Kicking Off 2022 With a Bang!

In great Finless fashion, we’ve wasted no time kicking-off 2022 with a bang! Not only did we celebrate five years in business, close and announce our Series B at $34 million – receiving widespread and resoundingly positive coverage (the most social media impressions we’ve gotten ever) – we’ve also been busily marching toward the national launch of Finless’ plant-based tuna which is officially happening at the National Restaurant Association Show in Chicago, May 21-24. Be sure to stop by booth #8807 and say ‘hi’!

Our national Finless tour picked up right where we left off in December and we continued showcasing our company and our plant-based tuna at key events around the country — to better understand target markets, build lead generation and in-market awareness, and energize future operators and consumers alike around Finless and its mission.

The first stop in February brought us closer to the sun, sand, and sea (always a good place to be) at the South Beach Wine + Food Festival in Miami. Our team spent three days serving Finless’ plant-based tuna poke-bowls and plant-based tuna mini tacos to thousands of folks from all demographics, answering questions like ‘what is wintermelon?’ to ‘is this really made entirely from plants?’ and ‘when and where can we buy this?’ We also handed out a lot of reusable chopsticks and utensil kits. All in all, we left with emphatic confirmation that it tastes incredible and ‘yes, plant-based tuna definitely has a strategic place in the Miami market.’

In March, we traveled to the heart of Austin’s riverfront downtown to connect directly with chain operators at International Foodservice Manufacturers Associatioin’s Chain Operators Exchange (IFMA COEX). There I spoke on a panel focused on ‘Making Your Menu Sustainable, And Why It Must Happen Now,’ alongside Elohi’s CEO, a respected voice from Datassential, and a fellow female alternative seafood leader, the CEO of New Wave Foods.

It is a huge win that a sustainability-oriented panel (with mostly female representation) made its way onto the agenda and was given a key time slot, which in itself demonstrates the rising consciousness around the importance of sustainability for the food industry. We spoke about why sustainability matters for operators (hint: more and more consumers not only are demanding, but expecting it to be placed front and center as it’s a top concern for them), why the time to act is NOW, and why adding sustainable options to the menu is just the beginning (hint: there’s much, much more that operators can contribute positively towards sustainability).

Throughout the rest of the conference, we heard incredibly positive feedback about the importance, and, more importantly, the inspiration, of what we discussed and how refreshing it was to see this panel on the agenda. The extra benefit of COEX was that, following the panel, we also got to feature Finless’ plant-based tuna so that operators could connect the dots between our ocean-focused mission and the actual product, in the march toward our launch. Thank you, COEX, for including us in this very important topic!

Just shortly after, for the first time ever, Finless attended the Boston Seafood Show where we were able to speak with seafood distributors, among other stakeholders, about Finless and its plant-based and cell-cultured tuna products. We also were excited to attend the first panel on cell-cultured seafood at the show, as well as witness a very interesting conversation (between seafood industry players) about the seafood industry’s co-existence with the adjacent plant-based alternative seafood category. The Boston Seafood Show definitely is a continued must-attend for Finless moving forward in the future. We hope to participate in a larger capacity next year!

Though we’ve been busy, we have no plans for slowing down! We’ll continue to showcase our plant-based tuna in April, at both the Restaurant Leadership Conference and the CIA Global Plant-Forward Culinary Summit. Both of these lead to the culmination in May when we officially (loudly, and proudly) will kick off Finless’ plant-based tuna national launch at the National Restaurant Association show in Chicago. Stay tuned for more details because we’ve got some pretty amazing plans in the works!

All in all, for the past eight months, I’ve been on the frontlines of our plant-based tuna roadshow, from NYC to Napa, Miami, and Austin. I’ve traveled to amazing places and have been lucky enough to serve thousands of Finless’ plant-based tuna poke bowls and mini tacos, and spoke to equally as many interested operators and consumers. I’ve answered questions about winter melon, our production process, and Finless’ mission. I’ve also listened to folks, from all demographics and markets, explain why they love plant-based alternatives and are pumped to see more alternative seafood, especially a poke-style plant-based tuna, come to market. Whether it’s because of sustainability and intuitively understanding the potential for positive ocean impact, because of health, or simply because they are foodies looking to spice up their menus – nearly all folks landed in the same place — Finless’ plant-based tuna is delicious and they’re excited to have the opportunity to eat it again and again.

The only remaining question is where… and when.  That is what the next few months will reveal, so stay tuned as we get ready to bring Finless’ plant-based tuna to a market near you!

Continuing Into 2023 With Impact Front and Center

December 21, 2022 / Uncategorized
One key way Finless works to embody our mission—to create a future for seafood where the ocean thrives—is by regularly seeking guidance from our first-of-its-kind Impact Advisory Board, which is made up of three respected subject-matter experts from the ocean conservation and seafood communities who represent different experiences, views, and backgrounds.  In late November, we brought our Impact Advisory Board together for a 3-day workshop in Napa, CA. The board members joined our strategy team and our executive leadership team, [...]