On Wetlands and Wildlife in the East Bay

On September 14th, our Finless Foods team participated in a volunteer event with the Golden Gate Audubon Society in honor of California’s 38th annual Coastal Cleanup Day. We made our way to Martin Luther King Jr. Regional Shoreline Park in Oakland, just eight miles south of our headquarters in Emeryville. We spent quality time outdoors beautifying our local coastline and it was the perfect way to spend the day.

Together, we removed trash and invasive plants from the shore and took a guided bird walk, where we saw a variety of species including great blue herons. Volunteer Services Manager Janet Carpinelli and one of the society’s bird walk leaders, Maureen Lahiff, shared invaluable information about the local wetlands.

Before we get into more details, let us share some fundamental information about wetlands.

What are Wetlands, and How Do They Affect the Environment?

A wetland is an area of land that is covered by water. Its attributes are so unique that it functions as a separate ecosystem. Wetlands act as a natural water filter by trapping pollutants in their soil, converting nitrogen into an absorbable form for plants, and breaking down bacteria. And according to NOAA, wetlands store three to five times more carbon than tropical forests! This is a big deal for combating climate change. In addition to these great long-term benefits, wetlands also protect against dangerous events like hurricanes and flooding.

The EPA reports that in the 1600s, there were over 220 million acres of wetlands across the area now known as the lower 48 states. Since the arrival of European colonizers, over half of the wetlands have been drained and converted for other uses. Other major human causes of wetland degradation include introducing non-native species, mining, pollutants, and tilling for crop production.

This is why it is now more important than ever to work together on restoring wetlands and contributing to a thriving ocean. Thanks to Howie Vogt, our Sustainability Lead, he knew just the right place to start: in our own backyard with the guidance of the Golden Gate Audubon Society.

The Golden Gate Audubon Society advocates for preserving and protecting the wetlands. Martin Luther King Jr. Regional Shoreline Park has been experiencing a significant decline in species due to a lack of native plants. What was previously 2000 acres of wetland, 750 acres remain. The Golden Gate Audubon Society, along with other local agencies and passionate individuals, have coordinated efforts such as coastal cleanups and growing native plants to restore the habitat for wildlife in this park. For example, the endangered California clapper rail was previously on the brink of extinction before these restoration efforts.

Another reason the restoration of Martin Luther King Jr. Regional Shoreline Park is so paramount is that it is one of the key resting points for birds migrating along the Pacific Flyway. This migratory path extends from British Columbia all the way to South America! Hundreds of thousands of fowl rely on this area to rest during their long journey.

The Power of Community

By the end of the morning, we had removed four 30-gallon bags of invasive plants from the coastline. This green waste will later get composted into fertilizer for the local gardens and parks. Additionally, the trash we picked up was separated into recycling and discarded as appropriate. Looking at the pile of bags gathered on the grass, Maureen commented on the relief she felt knowing that this was not going out to the Great Pacific Garbage Patch and we wholeheartedly agree.

Including our participation, with 60% of the cleanup sites reporting, the statewide count for California Coastal Cleanup Day stands at 27,185 volunteers. Those amazing volunteers picked up 220,861 pounds of trash and an additional 29,702 pounds of recyclable materials, for a total of 250,563 pounds. Way to make the environment smile, California!

At Finless, we live out our mission not just by creating sustainable and alternative seafood – but also by taking responsibility for our choices that affect the environment. Understanding our relationships with the ecosystems around us guides our strategy for creating a future where the ocean thrives.

Be sure to follow us on social media to see future partnerships and conservation efforts. 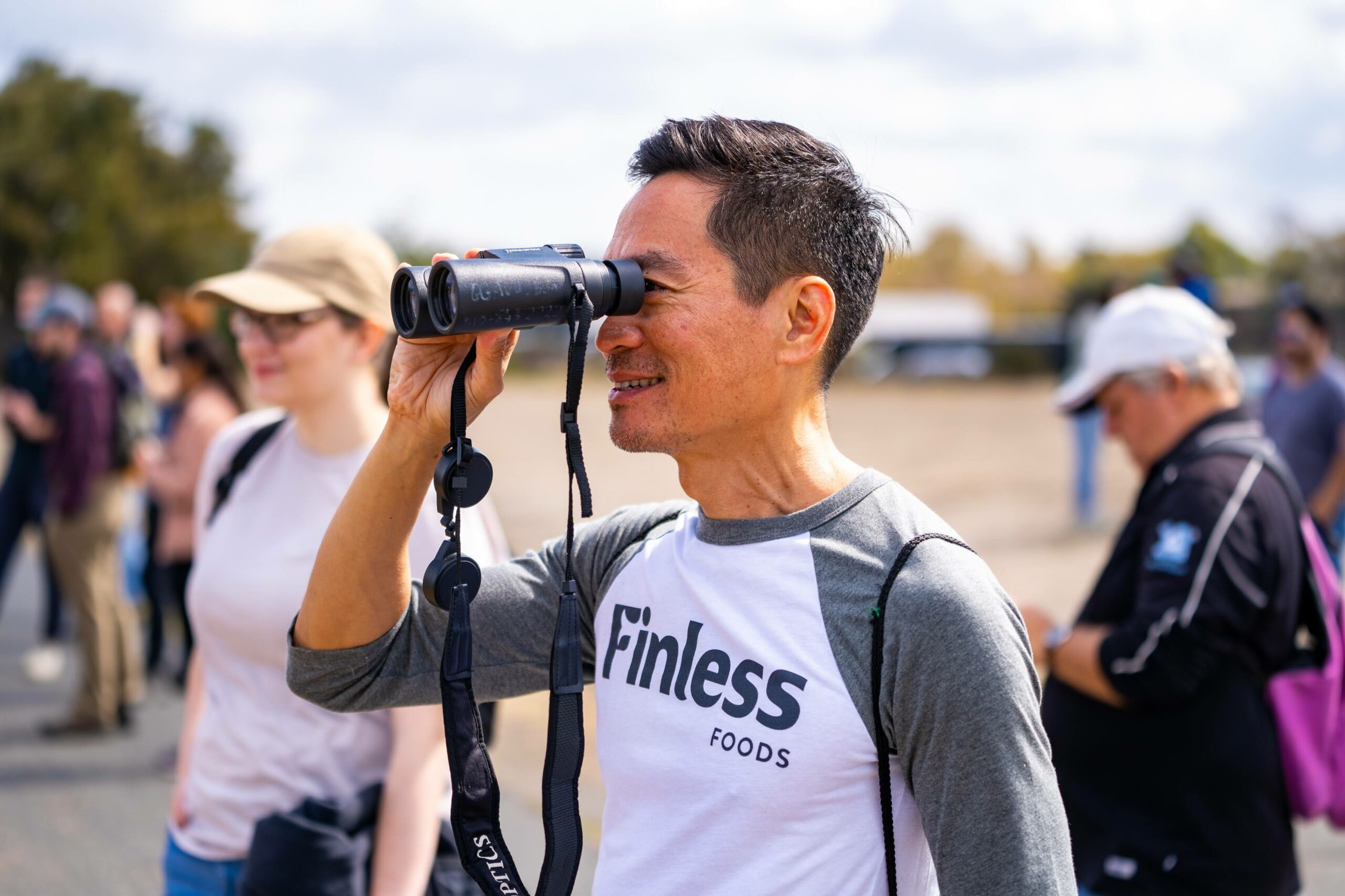 October 3, 2022 / Uncategorized
The third quarter marks another critical milestone for Finless Foods as we further expanded the R&D capabilities at our pilot facility, after wholly occupying the space since April of this year. We now can grow our bluefin tuna cells at larger scales, quickly analyze their nutrient requirements, and produce our bluefin tuna sashimi prototypes with shorter iterations. Looking back on our 17-month journey, the construction of this pilot facility was not trivial, and we did it all during the COVID-19 [...]